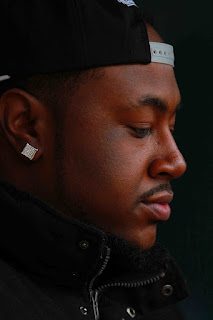 Royalty Magazine: Hey! What's good, Hop? Thanks for your continued support. Its been a while since we did that interview so I am hoping you'd be down for another one :). New issue dropping soon...


Hop: Hey, Taz. I'm sorry. I'm super late getting back to you. So much has been going on in my life, great things. I'm very appreciative of everything.

Royalty Magazine: Last time we spoke you were getting ready to release The Confidential LP. What has been the response since you dropped the project? What did you learn career or business wise about The Confidential? What will you do differently next time?

Hop: Since I dropped The Confidential I've learned that hip-hop is pretty much like high school. It's about popularity, who's the coolest, who we're going to follow. I dropped something that was totally different from what others expected and the response was good. I definitely got the crowd I wanted. I wish more would be in tuned to the kind of music that I make. I guess it's socially aware but it's still street music. But it's just a little bit more socially aware to what's going on. I don't ignore those topics, I jump on those. Next time I drop a project I'm going to do the exact same thing: be myself and continue to motivate the people around me.
Royalty Magazine: Over half the year is already gone, what are your goals or plans for the remainder of the year? What upcoming projects or tracks should we be checking for?


Royalty Magazine: If you had a chance to appear in the BET Cypha, what artists would you team up with? What beat would you rock to?

Hop: As far as the Cyher on BET, what artists would I have in my cypher? It would Big K.R.I.T., Lupe, Stalley from MMG. Who else would I put in? Wale. I want to make sure I get in my favorites. J. Cole would be in my cypher. Who else? Kendrick Lamar. And it's a few others who would be in my cypher. What beat would I rock to? A hip-hop beat. It doesn't really matter as long as the lyrics are on point. If I had to pick one beat or the producer, I don't know. It'd have to be the spot. But It'd be DJ Premier beat. Then it'll be real hip-hop.


Royalty Magazine: How do you feel about the current state of hiphop? Are you familiar with the term hip-pop? Are you feeling hip-pop at all or do you think it has an impact on the watering down of hip-hop?

Hop: As far as I'm concerned, I have a problem with artists not being themselves. So you got to just be yourself, you know? That's how I feel. I think a lot of artists are not being themselves. As far as I'm concerned with the hip-pop thing it'll grow on me, same way as other things grew on me. It goes back to me saying you shouldn't tell people who they should be or what they should be doing. And that's that. So if someone is making hip-pop, it's cool as long as it's good music and it's coming from the heart. If that's the case, it's good with me.


Royalty Magazine: Last time we spoke you mentioned visuals for your music was the way of the future, now that you've continuously done that, what's next? Besides social media, videos & the internet, what do you see as a new or reinventing tool artists will use to broadcast their message in the future?

Hop: This might not be the correct answer but this is how I'm feeling about artists and the future of promoting. Visuals are definitely winning but what I'm seeing is over-saturation. The Internet is over saturated. Social networks are becoming over-saturated with music. You have a link here, link there. I think the real contenders are going to take it back to the streets and do street promo, which is one of my things. This year is like street promo, you know. Because only the workers and the grinders are going to do that. You're not going to get your average Joe posting papers and flyers everywhere. That's a lot of work and certain artists are lazy. That's how you know the ones who really want it. It comes down to artists going back to the street promoting with flyers, stickers, banners. Artists aren't doing that. So I think that's what's going to bring it back. Everything else is getting over-saturated and played out.


Royalty Magazine: You also had over 20,000 followers the last time we chopped it up, what is your follower count at now? How is your relationship with your supporters/followers overall? What are some things they do to let you know they are listening and/or supporting your movement?


Hop: Last time we talked I had 20,000 followers. I actually got 34,000 then I went down to 30,000. It's crazy. My fan base is cool. I'm trying to make it grow a little more but Rome wasn't built in a day. The relationship with my followers and my supporters is kind of dope because I'm always putting out inspirational things. I'm a sponge so if someone tells me something and if it's correct, I'm going to tell the world. That's how my timelines is and a lot of my tweets are. It's inspiring, inspirational, what's going on in the hip hop world, and personal rules. If it applies to you, use in your day to day life.

Royalty Magazine: You not only grind hard on social media networks but you always drop a few words of wisdom, can you give us an example of something motivated you would post on Twitter? How do you feel your words will affect your audience?


Hop: If you fail to plan, you plan to fail. That's pretty much it. That's something I would tweet on the daily because it applies to everything. As far as how it affecting my audience, the feedback I get is phenomenal.  They'll tweet me back saying stuff like, "That's the realest shit I heard." And that makes my day because that's what I'm trying to give the people. Something for real, something they can grab or hold on to. Not the flavor of the week because I'm not that kind of artist.

Royalty Magazine: There is a lot of controversy surrounding George Zimmerman & Trayvohn Martin, how do you feel about the situation? If the roles were reversed how do you think things would have been different?

Royalty Magazine: Any last words, comments or shout outs? Anything you want to touch base on that we haven't already?


Hop: Shout out to 682 Varsity Ent., my label. Definitely go get my app. If you have an iPhone, go get that app. Just type in my name. Hop Da Great. Go to Whoishop.com for all the latest videos. The visuals are crazy. It's phenomonal. It's something to look at when you're sitting around and have nothing else to do. You might want to check out my stuff. Team Greatness is what my motivation comes from. We're out here, sprinkled out here. Also, go cop The Confidential.

Royalty Magazine: How can people keep up with you and/or check out your music? What sites or radio stations can people catch you on?

Hop: If you're interested in Hop, go check out Whoishop.com. It's got everything on there. My life is on Whoishop.com.